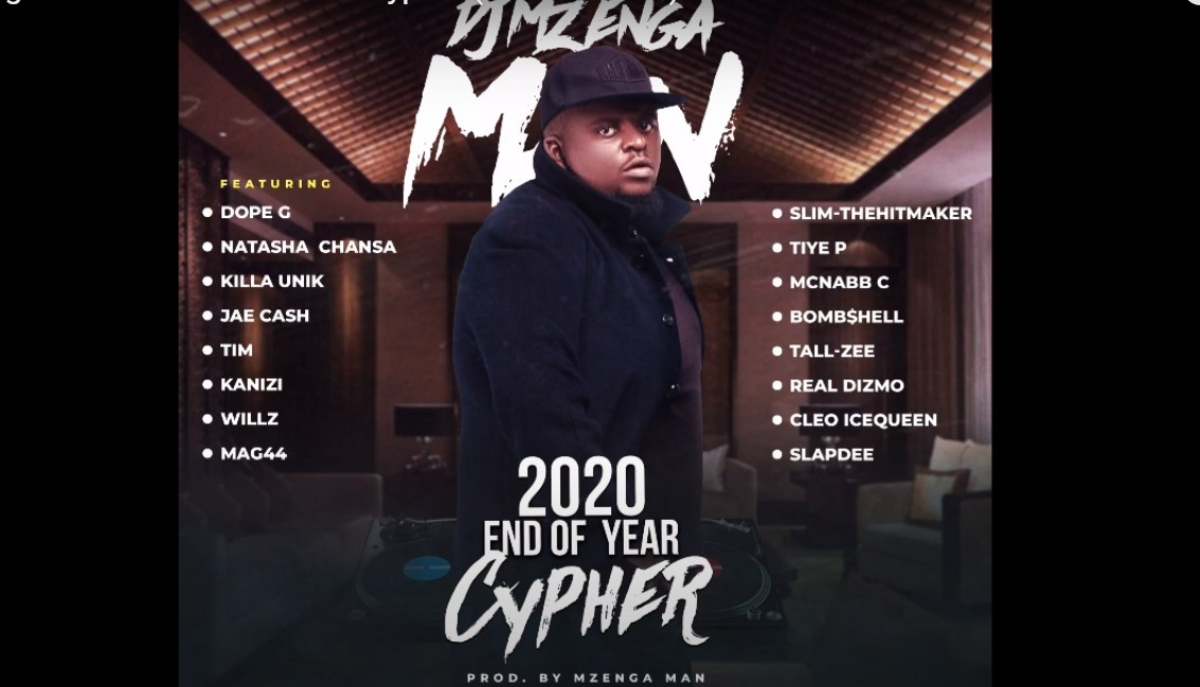 DJ Mzenga Man 2020 End Of Year Cypher is here and as the tradition follows its another bomb that uniquely promotes some unfamiliar hot voices: Killa Unik, Natasha, Tim, Tall Zee, Kanzi and so.

Every end of the year DJ Mzenga has been offering a punchy, hardy, and hot production of rap music featuring various Zambian artists. DJ Mzenga man 2020 End Of year cypher has 20 Zambian artists including females reward you in a 12-minute rhythm and poetry delivery

Those who have been fans of western rap music of the 90s will see that DJ Mzenga Man compares nowhere but to Wu-Tang’s memorable coverages when the group would console a high-level punchy delivery uplifting the music industry and genre.

Big names in Zambian music such as Mag44, Bombshell Cleo Ice Queen and Slapdee also create space for the arty heart entertainment of the year.