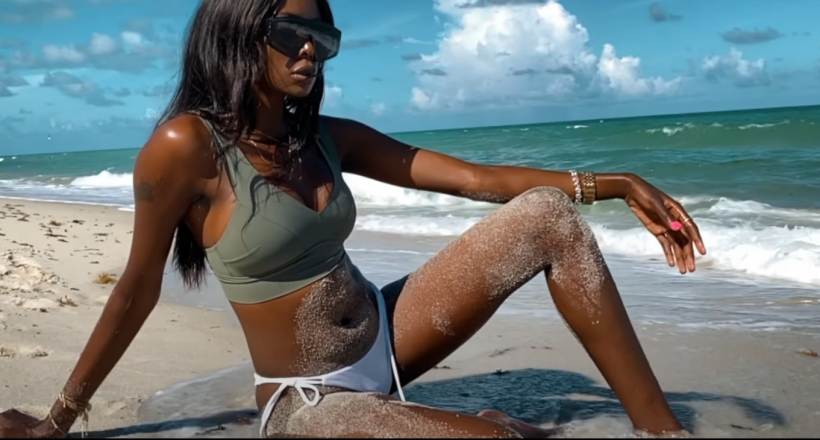 OC OSILLIATION new video featuring Zambia’s model Alice Musukwa hit the Tube on 6th November and has already received thousands of views. Hold My Hand originally sung by Dawn Richard drive to be on a hit list of the 2020 singles from Zambia.

The Afro Pop and award-winning Zambian Artist OC Osilliation showcase the high-quality content video of the song. The model puts more value to the hit video produced and directed by OC himself and edited by Abfad.

Alice is seen barely clad in a swim suit her body caressing the sand beach before moving on to another scene at the luxurious apartment balcony and then its greener lawn.

The afrobeat artist was brave chanting the competitive American r&B style to largely an audience that has been moving away to more sounds familiar with Zambia and Africa.

Dawn Richard, born August 5, 1983 in New Orleans, Louisiana, is an American R&B singer-songwriter. Formerly signed to Bad Boy Records, she was one-fifth of the female Pop/R&B group Danity Kane, formed by Sean “Diddy” Combs in 2005 on the 3rd installment of the hit MTV series Making The Band.