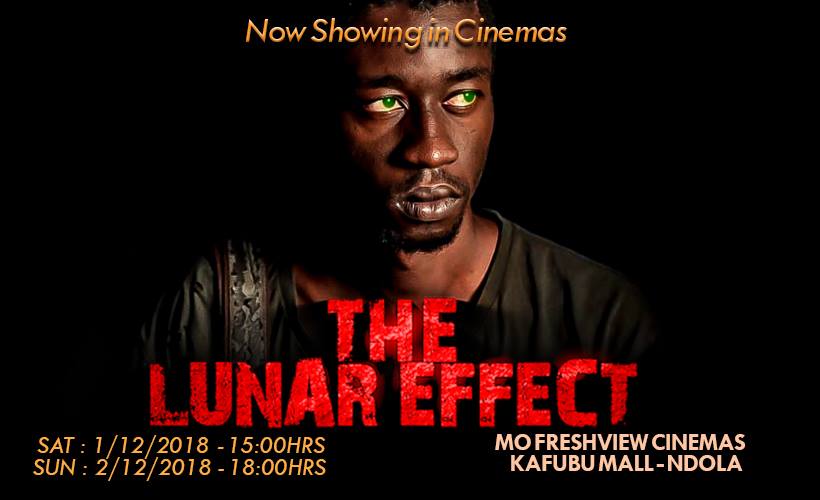 The Lunar Effect Is Finally In Cinemas

It’s been a long sort out project but finally it’s done and dusted. A worthwhile year’s expenditure to just have the right thing done from a small budget but for a quality deliverable movie.

The Luna Effect is just that sort of picture and story that is driven from all familiarity mixed into the modern Zambian setup influenced by many sides.

It shreds and seriously breed into reality that many Zambians woukd rsther shrug aside. Of course its work of fiction only trading closely home

But in a nutshell a couple seeks spiritual help to get a child but as he reaches 25 he starts exhibiting strange behaviors. He is taken to the city where the power of the moon has full control over him.

The man behind the Luna Effect is Ben10 Chibwe Kapesha who has seen several projects through his hands from musical video production to attempts at tv shows with MultiChoice channel Zambezi and other great works with even the former Republic President Dr Kenneth Kaunda.

For cinemas the movie is scheduled for the Ndola cinemas this weekend at Mo Fresh View on Saturday and Kafubu Mall Sunday.