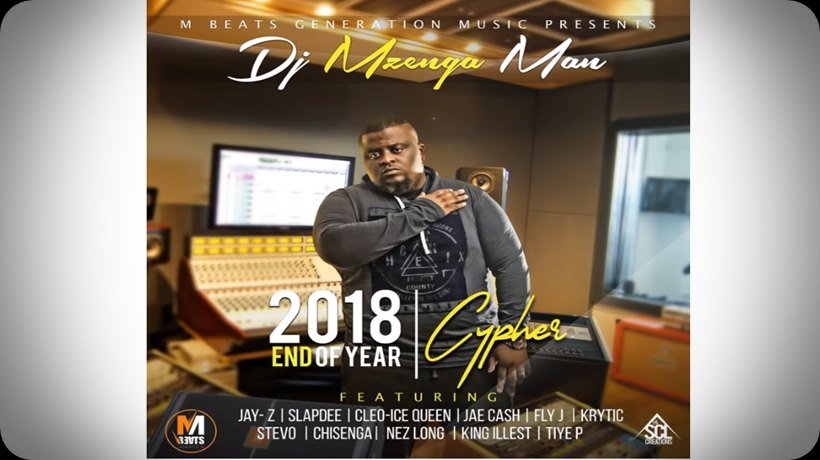 It’s a proper shutdown for the year with a firebird from the Ice Queen tongue twisting, spitting fire on ice, rolling the dice, determined to stay alert for 2019, brooding for some class. But it’s King Dizo Slap Dee who draws the first blood and concentrate on the typical utterance and references to some injurious premature death of Vespers.

Jae Cash is as fluent with every word to the fore, prepping up on the rim of the beat goes on to fall into some stunner. It’s the Kadoli music from the Fly J and it will make your hair stand convinced of the every effort into the showcase and reminds you that you are into the Cypher. Next line stimulates into kryptics with Krytic heavy base-d vocal dying with some imitation.

But soon the Guru returns, the big Stevo himself pumping to and fro and the beat just suits into him. But soon Chisenga, Crisis to most, is the man rocking in that sweet JD accent that rebuild the-way-before when we entered into rap. Please! Pls! What little else can be better than Nez Long to follow with some ‘swag full of cheeks’. We saw Nez up game with that “ni silelo twa-amba” and he is familiar here and only letting it out to Kill Illest with the Rap a detail from a Lozi.

But tuliye kwisa with the cypher when the answer is in no other than Tiye P to show mu last. Tiye P concludes with the signature Cypher-upbeat in something that delve, that credit P into some forte

In the end the 2018 battle of the iron mics solidifies DJ Mzenga Man as in what he is here to do; and that is to install dope musical scenes with outward directive products that excel on the Zambian scene.