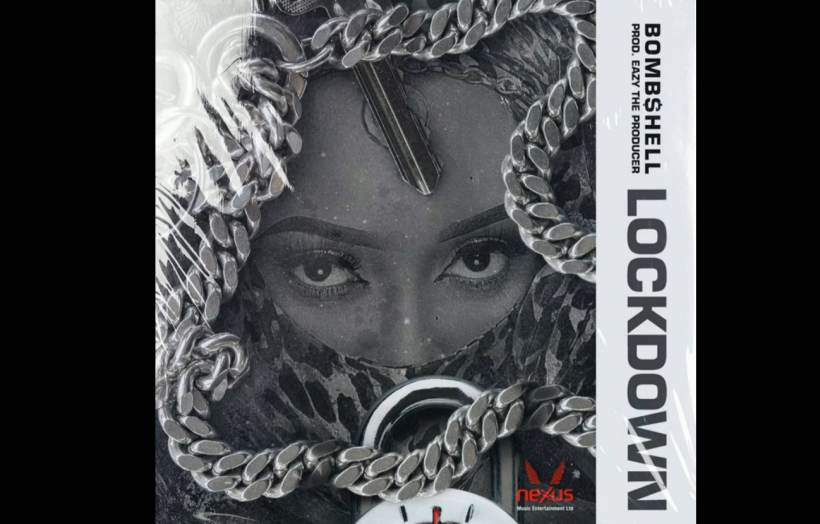 Kaboom! “Lock down drops on Monday. Tell everyone saying they don’t know my music to at least know this one lol.” Bombshell alerted.

Produced by Easy The Producer Bombshell explodes in some sincere low key rap that extols the creative Zambian female and sensational rap artist. Lock Down is a hardline that followers cannot miss.

Yoked in the new normal of Lock Down and quarantine Bombshell has come to show us a hardline and unmatched female style that has scaped the Zambian music plateau.

And when she comes around to boast there is every wonder in the venom that shouts and spits a facile of a silver tongue.

Since her apparent scene in the music industry Bombshell has flattered with wits in her lyrics. “Same Ol’ Me” with Mumba Yachi on the vocals tread on that ambition. Also, her collabo with the girls Wezi and Kantu in Anajaila rocked the scene with fluid heart entertainment.

Of course, that was followed by a couple of releases that have seen Bombshell stand to the competition to which any fan of hers easily agree to the quality.

Yes, and that’s what has exceeded true of Bombshell. Only last week was her viscous counterpart another female rap artist Cleo Ice Queen opened 2021 with her Dreamer.

Yes, the competition in the Zambian music industry is getting stiff and this whole year 2021 promises singles and albums of quality.

On the final note “This is the first lead single off the album too. You read it right, album coming.” Says Bombshell Grenade in her Facebook post.