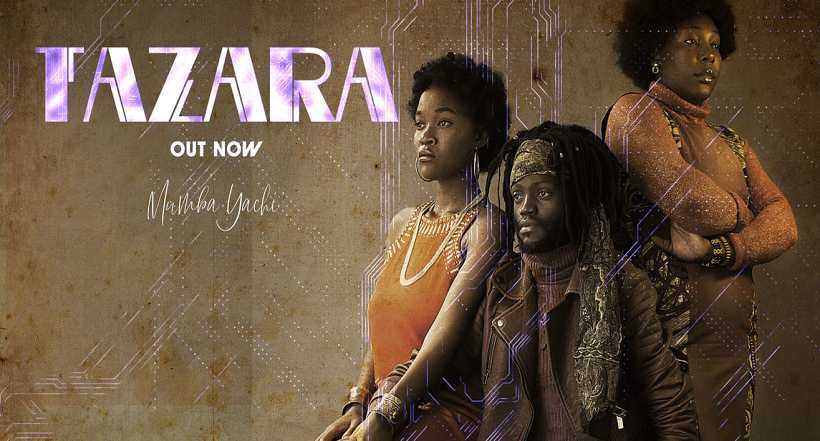 Mumba Yachi Tazara is a short film inspired by the single TAZARA. The film premiered on Youtube 17th December 2021 while the single Tazara is off Mumba Yachi’s upcoming 7th album titled Chansons de l’arc-en-ciel (Songs of the rainbow).

The short film is based on a love story between a Tanzanian man and a Zambian woman set in the early ’70s when the Tazara railway was being constructed, the route between Zambia (Kapiri Mposhi) and Tanzania (Dar es salaam).

Reactions to the short film Tazara

Here is what people felt after watching the short film. The reactions are based on Mumba Yachi’s YouTube channel

Starting with Salma Sky here is what she had to say

So proud of you my brother. This will win awards. In Jesus Name Amen. ✨🙏🏽🏆

There’s nothing more beautiful than seeing an artist bring to life his music through visuals. The Zambian music industry is experiencing something novel and honestly, this is the beginning of many great things to come to the industry.

I understand this was not easy to pull off, budget constraints, and breaking barriers to try new things. I will choose to look beyond the lapses in the story and editing and appreciate the groundbreaking steps being undertaken by a very talented artist to try showcase his musical vision.

A round of applause and we hope this sets the tone to push musical artists in Zambia to experiment and be creative. The soundtrack of Tazara is priceless, the vocals, the melody and the instruments are ingenious. This was a wonderful attempt and thank you Mumba Yachi for pushing Zambian music in a positive direction.

Art at its best, this’s genius. Never seen a Zambian artist with this level of Yachi’s creativity. Hope this short musical film will inspire more to even do better!

Watching it for the third time in one day. And I have been sharing it on my WhatsApp status.. this is great Majesty. Much love and respect since I heard you are my love in 2011. I have not bought your albums yet but be assured that I stream you music on Spotify almost every week..
Watching live from Australia, keep making us proud Mumba!!!
When I told my work mate that I was anxiously waiting for this he laughed at me but I told the guy that you have never disappointed. And he just texted me and said he has seen this short movie and he enjoyed it.😅 #AmaYachiPaTop🔥🔥💯
Other Known Mumba Yachi short film is Nkantemya ntemya
Pin
Share
Tweet
0 Shares

Do you want to be in a movie Life In A Day produced by Ridley Scott?

Yo Maps Pick It Up picks up 5m views

Am Falling For You JT Apobest New Video