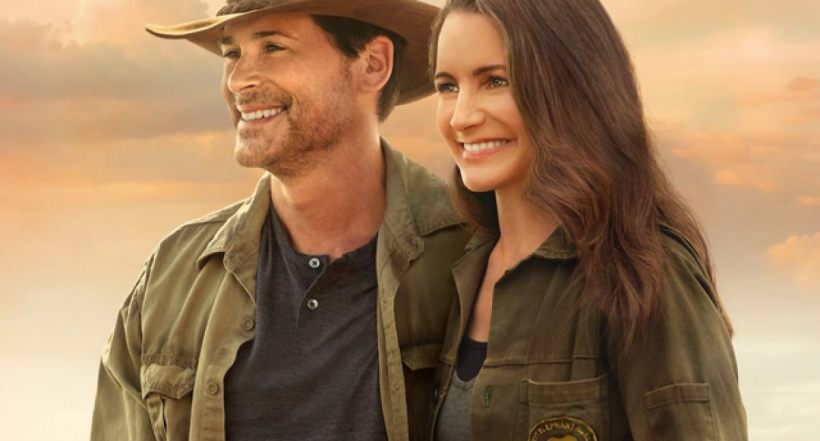 Holiday in the Wild is an American Christmas romantic, feel-good, comedy film which features the country Zambia. It is directed by Ernie Barbarash and stars Rob Lowe and Kristin Davis.

Since the release of the movie on November 1st, it has made several remarks from Zambian Netflix viewers.

The romantic movie whose principal filming began in June 2018 premiered on 1st November 2019 on Netflix and is available to Zambian viewers. The burden of the movie is:

After their son leaves, Kate surprises her husband Drew with a second honeymoon to Zambia. But this is after Drew confesses that he is no longer in love with her and was waiting for their son to go to college before ending the marriage. Kate decides to go on the trip alone.

Here is my observations about this movie which is currently showing on Netflix and was filmed in some parts of Lusaka, Zambia particularly at Lilayi Elephant Nursery;

Holiday In The Wild – Negatives

(a) The airport at which the tourist from New York (main actress Kristin Davis) lands at doesn’t look like our KKIA but rather OR Tambo in South Africa.

(b) She lands at the airport in Zambia and the people receiving her are wearing chitenge materials from Ghana, nothing Zambian. Yes! We don’t have any national dress or outfits you can confidently say is Zambia but I mean even the Chitenge materials with Zambian colors would have made sense.

(c) Despite winning international awards and being a favourite beverage for most tourists visiting Zambia, our Mosi Lager doesn’t feature anywhere. People are instead seen toasting with some beverage that is alien to Zambia.

(d) During the same toast, the group is heard saying Asante Sana! Now, which part of Zambia do people express themselves like that ku moba besides Nakonde owing to its proximity to Tanzania where Swahili is spoken?

(e) The main actress has difficulties naming the country (Zambia) she is vacationing from in Africa during her chats with her friends and family in New York. This is a general problem with most Americans, distinguishing the over 50 countries in Africa. To them, Africa is just one country.

More Superb Post From Zedlyric:  The Lunar Effect Is Finally In Cinemas

Holiday In The Wild – Positives

(b) Arcades roundabout before the current construction works of a flyover bridge started, also features.

(c) Nyanja is spoken when one of the cleaners at Holiday Inn goes to do the house cleaning. Then also at Lilayi Elephant Nursery by some general workers.

Macky 2 and Yo Maps Banono heat the waves

The Lunar Effect Is Finally In Cinemas